Piaggio Global Sales are recovering. In 2021 Global registrations have been 352.477, up 14.7% vs the previous year and the second best level out of the last decade, although sales in the European declined 1.8% and actually are over 20% below the 2012.

McD tracks new vehicles registrations across the World (over 80 countries), reporting data on calendar year. When you wish to compare data reported by us to those declared by the manufacturers, consider they usually report their “sales” (vehicles invoiced), which are usually different from “registrations”, accordingly with their fiscal year split. In case of Piaggio, we do not track Porter sales.

During the last decade, sales of Piaggio (including Vespa) scooter and motorcycles (so, excluding the commercials) have been steady around the 0.3 million by year, with a negative peak reached in 2015 at 280.000.

The 2021 could have represented a milestone, finally showing a positive trend.

Global registrations have been 352.477, up 14.7% vs the previous year and the second best level out of the last decade, although sales in the European declined 1.8% and actually are over 20% below the 2012.

Even in the rest of the World sales improved during the 2021. 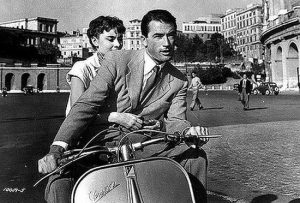 Piaggio is an Italian motor vehicle manufacturer, which produces a range of two-wheeled motor vehicles and compact commercial vehicles.

Founded in the 1884 by Rinaldo Piaggio, the company started producing two-wheeler immediately after the II World War, launching in April 1946 the Vespa (Italian for “wasp”) a vehicles deputy to change the human mobility and become an icon for style and efficiency.

The global Vespa success arrived when in 1952, Audrey Hepburn side-saddled Gregory Peck’s Vespa in the feature film Roman Holiday for a ride through Rome.

In 1956, John Wayne dismounted his horse in favor of the two-wheeler to originally get between takes on sets as well as Marlon Brando, Dean Martin, and the entertainer Abbe Lane had become Vespa owners. William Wyler filmed Ben Hur in Rome in 1959, allowing Charlton Heston to abandon horse and chariot between takes to take a spin on the Vespa.

In 1956, with production of the millionth Vespa scooter, Italy had its first mass-produced motorised vehicle. Taking advantage of increased cash flow thanks to the success of the Vespa, Piaggio developed other products, including the 1957 Vespa 400, a compact passenger car and in 1959 Piaggio was acquired by the Agnelli family, the owners of car maker Fiat SpA, further developing the global presence and the production. In the 1960 over 4 million Vespa had been produced worldwide!

Since 2003, Piaggio Group is controlled by IMMSI, a holding company of the Colaninno family.

Actually the Piaggio & C Spa controls seven brands: Piaggio, Vespa, Gilera, Aprilia, Moto Guzzi, Derbi and Vespa, after that the owner decided to sell the current Vespa version under its own name and – in some countries -with a dedicated distribution network. 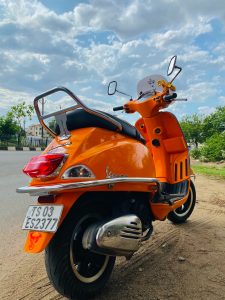