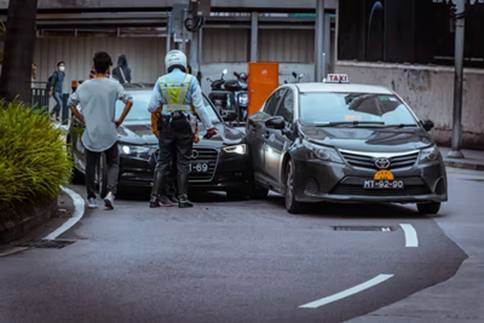 Whether you are a driver, a motorbike rider, or a pedestrian, nothing can be more agonizing than a car accident. The aftermath can be pretty taxing, especially if you suffered injuries that cause you pain, income loss, and emotional suffering. But regardless of the frightening experience, road accidents can occur just about anywhere, and Austin, Texas is no exception.

In Austin, most accidents involve cars and motorcycles. They could occur between two cars, a car and a motorcycle, or the vehicle and an obstacle. While head-on collisions and side-impact accidents are among the most common types of traffic crashes, rear-end collisions and rollovers are also fairly common in Texas.

Having established this, one popular question lingers in the minds of many. Which causes most accidents in Austin, TX between cars and motorcycles? Let’s take a look at the pointers below to find out.

Car accidents are among the most dreaded situations in life. In Austin TX, particularly, the number of negligent and reckless motorists seems to have increased over the years. After the car crash, victims usually end up dead or nursing significantly severe injuries. This is often followed by hefty medical bills, emotional trauma, and perhaps lost wages in case the victim was badly hurt and cannot return to work.

Thankfully, the law of the land requires that the negligent driver be held responsible for their actions and the pain they inflicted or caused. If you are a victim of a car crash in the Texas capital, an experienced Austin car accident lawyer can help you seek your rightful compensation for your suffering. Through an accident claim, your attorney can help you recover the various damages suffered, including medical costs, lost earnings, pain, and suffering.

Traffic in Austin is many people’s pain in the back. In terms of congestion, this Texas City rubs elbows with the likes of New York and Los Angeles. As per the annual INRIX Traffic Scorecard Report, Austin was actually ranked 29th in the list of the most congested US cities. An earlier publication by stacker had ranked it at position 14 in 2019. Without a doubt, people spend so much time in traffic, which could be assumed to increase the chances of getting involved in an accident.

Further reports indicate that in 2020, there were approximately a total of 12974 car crashes in Austin. These involved approximately 31,295 persons. Further queries from the Department of Transportation showed:

In Austin, car accidents have been on the rise lately as far as statistics are concerned. According to a KUT publication earlier this year, 2020 recorded the highest number of traffic deaths than the five previous years. 94 people had died in Austin road accidents, which was a sharp increase from the 74 and 88 recorded in 2018 and 2020 respectively. 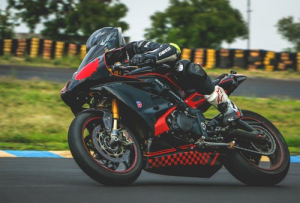 Despite how thrilling riding a motorcycle can be, the two-wheeled machine is also among the riskiest in traffic. Motorcycles are highly likely to get involved in an accident, and the injuries suffered by the rider can be pretty severe. Some of the most common motorcycle accidents include head-on collisions, left-hand turns, side-impacts, and roll-overs. Still, many motorbike accidents are caused by speeding riders, sharp turns, lane splitting, and lane switching.

Most motorcycle accidents in Austin involve solo riders or collisions with cars and trucks. In some cases, the other driver is at fault, but motorbike riders often take the fall. This is all the more reason to work with an experienced motorbike accident lawyer whenever involved in one as a rider. In Summary, the common causes of motorcycle accidents include the following:

In the Texas capital, a lot of motorcycle accidents happen each year. Bike crash statistics could perhaps help paint an overall picture of which causes more crashes between cars and bikes. According to the Texas DOT, motorcycle accidents in Austin reduced by a 2 percent margin in 2020, while the rate of fatalities increased by an alarming 17 percent. Below are some more helpful statistics from the May 2021 Report:

In a recent report from August 15, 2021, by the Austin Police Department Fatality Crash #71 occurred between a motorcycle and a Toyota truck, leaving the Yamaha motorcyclist dead. The deceased had struck the back of the truck and lost his life on the spot.

Three days before the Truck vs motorcycle accident above, a motorcycle vs curb crash had also left a man dead. The APD had identified the deceased Fatality Crash #68 motorcyclist Kevin O’Neal who succumbed to his injuries while receiving treatment in a nearby medical center.

While motorcyclists are often blamed for causing accidents, many of them are actually caused by the driver. For instance, the car or truck driver could have been driving recklessly, speeding, or texting behind the wheel. Perhaps he forgot to signal when switching lanes or was driving while intoxicated.

These are just some of the common scenarios the courts look at in a motorcycle accident claim. They often require a good accident lawyer to collect and compile solid evidence to build a strong case. They can help maximize your chances of getting compensated fairly if you were not at fault for the accident as either the driver or motorcyclist.

While there’s no clear way to tell exactly who is responsible for most accidents, one thing is for sure in Austin. It appears that cars have higher accident figures in this city. However, motorcyclists carry the greater risk while on the road in the open two-wheel vehicle. Whether you are a rider, driver, or pedestrian, it is always essential to observe traffic rules. Most importantly, you should know how and where to seek help if you ever get involved in a car or bike crash.