Italika Motorcycles in 2021 extended the record list. While selling over 1 million vehicles, first time ever, and hitting the 17th record in a string ( in 17 years of life) Italika jumped in the 10th place in the World Ranking of Top Selling Motorcycles Manufacturers.

We do not believe that the results achieved have ever been in the dream of Italika Management.

Scoring the 17th all time and consecutive sales record, in the 2021, the Mexican Motorcycles manufacturers become one of the Top 10 largest manufacturers in the World, few thousand units below Niu Tech which ranks in 9th place.

This achievement arrived in the year when for the first time the company sold over 1 million vehicles in a calendar year, pushing up the domestic Mexican market, which keeps growing fast pulled up by Italika innovative strategy and by the crowd competitors arena.

Italika aims to expand the presence in the entire Latin America, while actually is distributing only in few countries. In Guatemala  it is among market leaders, while in Honduras is growing year after year, with a record hit in 2021 with 18.180 sales.

In Perù something is going wrong, as sales slumped in 2021. 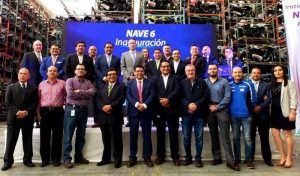