In the 2022 the French motorcycles market was expected to a single-digit growth to consolidate the last years growth, with last year figures at the best of a decade.

Key drivers should be the demand for individual mobility, the economic expansion, incentives to electric vehicles and a growing demand for evs, while inflation and supply chain disruption are negative factors.

The War in Europe changed this scenario, hitting the GDP and consumer goods demand, pushing up the petrol cost and the energy cost in general, increasing the cost of production for European two wheelers manufacturers.

While the moment is almost uncertain, we have been forced to revise our 2022 outlook for the market and now the forecast is for a marginal variation over the previous year, with sales down during the second quarter and a recovery in the second half.

The electric vehicles (for the most, scooters) accelerated with year to date sales up 14.8% in the L1 segment and 298% in the still smaller L3. The launch of the new BMW CE 04 was astonishing with 1.250 sales in March-May period, pushing BMW immediately on the top of electric manufacturers ranking.

The French motorcycles market is in great shape, fueled by the new demand for individual mobility which already supported the market last year.

During the 2021 the consumer demand was stable and positive and although the market has not lost during the 2020 peak of pandemic, final sales hit the highest level in a decade, just over the 0.3 million, confirming the place as largest 2 and 4 wheeler market in Europe.

Total sales have been 300.630, up 4.5%, few thousand units over the previous best out of last decade, established in the 2012. And new year perspectives are positive although price increase and hard environment due to the pandemic resurgence.

The electric vehicles segment boomed up to the new record with 19.648 sales (+64.6%) with the Chinese Niu Tech as market leader followed by VMoto and the Italian Askoll. 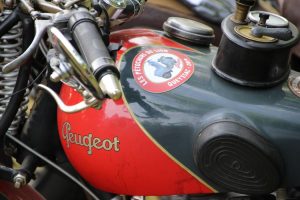