Indonesian Motorcycles Industry started the 2022 below the expectations. First quarter sales were 1.3 million (-1.3%) and the mood is bad. Infact, the rapid increase of fuel price is not a great stimulus for consumers while the increased cost of energy is hitting the pro capita income and increasing the cost of production, projecting further prices increases in the near future.

In the 2022 the Indonesian motorcycles market is expected to keep on the recovery pathway started last year, after having hit in the 2020 the lowest level out of 15 years.

However, after an almost positive January performance (+13.0%) the market fell in negative territory in February (-1.8%) further reducing the speed in March (-13.1%) when the production was quite below the usual level, struggling for lackness of components and delay in material delivery. The government has increased the VAT at 11%, directly increasing the vehicles price.

So, the first quarter sales were 1.3 million (-1.3%) and the mood is bad. Infact, the rapid increase of fuel price is not a great stimulus for consumers while the increased cost of energy is hitting the pro capita income and increasing the cost of production, projecting further prices increases in the near future.

All segments are struggling apart the electric, which in the first quarter increased 106.3%. However, the EVs market is still very marginal, considering that not any electric model is actually offered by Japanese manufacturers, which control the market. 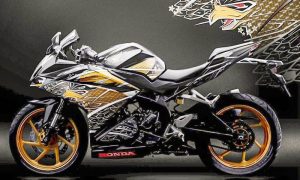 Indonesian economic activity growth is expected to have strengthened in Q4 of last year, after cooling markedly in Q3 due to harsh lockdown measures. Retail sales increased notably in October-November and consumer confidence improved sharply in the quarter amid easing restrictions, boding well for household spending.

Moreover, strong PMI readings hint at sustained expansions in the manufacturing sector during the quarter. Moving into 2022, the country has reported increasing numbers of new Covid-19 infections due to the spread of the Omicron variant, although the health situation looks better than in Q3 2021.

Meanwhile, in mid-January top officials announced that the government will introduce new tax breaks on vehicles sales and property in a bid to support economic recovery,

The Indonesian two wheeler industry, actually the third largest in the World, tried to react last year, after the deepest fall in decades reported during the 2020, However, recovery was not easy, with restrictions for production and distribution caused by anti-covid measures and a consumer demand, lower than expected particularly in the Q3.

Sales are accelerated in the Q4 with a roaring +62% and perspectives for 2022 are almost positive and further supported by the above-reported expected introduction of fiscal support for the sector.

In the 2021 total 2-Wheeler sales have been 5.17 million, up 38.6% from the previous year. However, the market is still around 3 million before the record level achieved over a decade ago.

In the 2022 the market is expected to keep recovering towards the 6 million sales reaching the pre-covid level, while the Government is studying additional incentives for electric vehicles to revamp the essential plan to replicate ICE vehicles is short terms. So far, the Big Players (all Japanese manufacturers) have ignored the government recommendation to invest in the electric propulsion development.

Looking at the competitive arena, the market is dominated by Japanese manufacturers, all locally producing (and exporting), holding over 95% of market share. Among them, Honda is market leader with a wide gap over the followers, Yamaha, Kawasaki and Suzuki.