SYM Motorcycles Global Sales In the 2021, the double-digit lost in the domestic market, due to lower demand, has penalized SYM global performance. Global sales have been 597.456, down 11.7%, at the second all-time score. Italian operations shine.

Indeed, SYM was able to slam the all-time record sales in the 2020, thanks to roaring performance scored in Taiwan (+51.4%).

In the 2021, the double-digit lost in the domestic market, due to lower demand, has penalized SYM global performance.

Sales declined even in Pacific area, ASEAN, West and  East Europe – with Turkey down a deep 60.3% – . 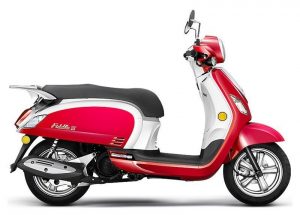