Philippines Motorcycles market partially recovered in the 2021. Total sales (including local manufactures associated to MDPPA, not associated and imported) have been 1.9 million, up 12.8%. The market is dominated by the Japanese manufacturers, but Chinese are growing up.

Motorcycles Market Crisis is not over

Following the deep lost reported in the 2020, breaking a spectacular yearly boom, in the 2021 the domestic motorcycles industry struggles to recover, due to the still high covid 19 impact on local production and distribution, with a consumer goods demand still well below the pre-covid level.

Comparing actual data with the previous awful year, figures are obviously positive, but the year ended below the 2 million sales, back at the 2017 level.

Indeed, in the 2021 the total sales (including local manufactures associated to MDPPA, not associated and imported) have been 1.9 million, up 12.8% vs the 2020, still half a million below the record hit in the 2019.

Looking at the top manufacturers, the market leader Honda increased sales by  24.1%, while the rival Yamaha posted a +18.4% and the third, the local brand Rusi, lost 3.3%.

To be mentioned the growth of electric vehicles segment, still at marginal level, while boosted by the growth of Chinese brands, led by Tailg.

In the last decade the rapid development of automotive industry, both in the car and motorcycles sectors, has been a key driver of economic expansion and The Philippines reported one of the highest GDP increase worldwide.

The growth was clearly driven by need for individual mobility, GDP growth, traffic congestion suggesting small devices but even by a fast growing competition. In fact traditionally the market was dominated by the Japanese Big 4, all producing locally, while several local manufacturers expanded their capability and line ups range thanks to supply agreements with Chinese manufacturers and a “low cost” segment grew up very fast, totally dominated by underbone and commuter vehicles, for the most done by local brands.

Premium brands are here as well, with KTM producing locally and all other taking their share of market. 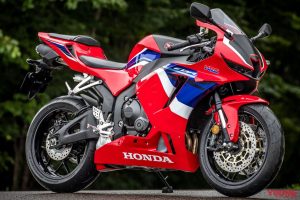