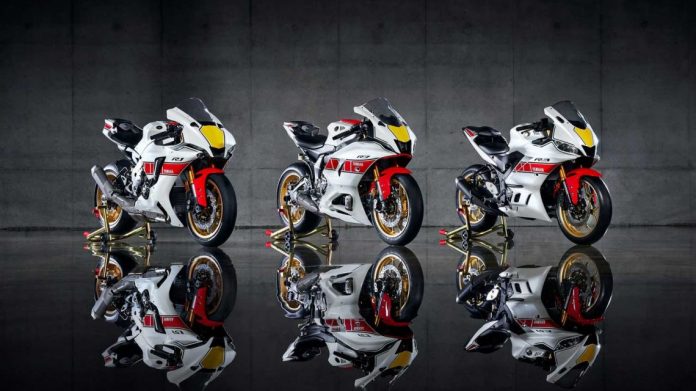 Yamaha Motorcycles Global Sales in 2021 were below expectations. Following a deep lost reported in the previous year, when global sales declined at the last 15 years lower peak of 3.6 million, in the 2021 Yamaha sales at 4.1 million increased moderately (+13.9%).

Following a deep lost reported in the previous year, when global sales declined at the last 15 years lower peak of 3.6 million, in the 2021 Yamaha recovered terrain in the global market ending the year with 4.1 million (+13.9%), unfortunately the second worse level in the last years.

Sales are fast growing in the Latin America (+32.3%) mainly due to the boom in Brazil, Paraguay, Ecuador and Colombia.

The motorcycle division of Yamaha was founded in 1955, being incorporated on 1 July 1955 in Japan,[6] and was headed by Genichi Kawakami. Yamaha’s initial product was a 125cc (7.6 cu in) two-cycle, single cylinder motorcycle, the YA-1.

In 1968 Yamaha launched their first four-stroke motorcycle, the XS-1. The Yamaha XS-1 was a 650cc four-stroke twin, a larger and more powerful machine that equaled the displacement and performance of the popular British bikes of the era, such as the Triumph Bonneville and BSA Gold Star.

In the early 1970s, Yamaha added reed-valve induction to its previously piston-ported designs to produce the twin-cylinder RD and single-cylinder RS families, with variants in a number of capacities.

By 1980 the combination of consumer preference and environmental regulation made four strokes increasingly popular. Suzuki ended production of their GT two stroke series, including the flagship water-cooled two-stroke 750cc GT-750 in 1977.

In 1998 Yamaha marketed a 1000cc four cylinder road bike called the YZF ‘R1’, this model introduced a new style of gearbox design which shortened the overall length of the motor/gearbox case, to allow a more compact unit. This, in turn allowed the motor to be placed in the frame further forward, designed to improve handling in a short wheel-based frame.

In 1995, Yamaha announced the creation of Star Motorcycles, a new brand name for its cruiser series of motorcycles in the American market. In other markets, Star motorcycles are still sold under the Yamaha brand. This was an attempt to create a brand identity more closely aligned with the cruiser market segment, one of the largest and most lucrative in the USA.

In 2007, Yamaha established the Philippine operations and distributes Yamaha motorcycles under the corporate name of Yamaha Motor Philippines, Inc., one of more than 20 worldwide subsidiaries operating on all continents.