Australian Motorcycle Market is in great shape. In 2021 new motorcycles sales boomed at 101.954 (+16.6%) the highest level out of 15 years. Honda confirmed the last sixth years leadership improving sales by 32.4%.

As far as Australian data, we must say that we have to collect registrations figures from many different source, as the local association of distributor do not release data for not associated. So we source the single State and then aggregate figures at national level. Not registered vehicles sales are not available and in case of Australia the quota of these “not registered” is relevant including ATV (many for agricultural use) and off-road.

The 2020 represented a cornerstone in the local motorcycles industry. Although the covid19 spread and economic effect on the country have been marginal, the research for more secure and individual mobility combined with an enhanced environmental respect focus, increased the demand for two wheelers (even electric for the very first time) with surprisingly year end figures.

Indeed in the 2020 new motorcycles and scooter sales in Australia surged at 87.453 units, the best out of last 5 years, up 6.2% from the previous year, pulled up by the strong new demand for individual mobility devices, of which the motorcycles is the best.

The trend did not changes in the 2021, when the Powersport segment fell down due to the new rules (but their figures are not included in the data we are reporting here) and the industry grew up better than expected.

Two are the manufacturers fighting for leadership since years and in 2021 Honda confirmed the last sixth years leadership improving sales by 32.4% and expanding the gap over the rivals.

In second place Yamaha, which led the market last time in the 2015. Last year lost market share gaining only 8.4%.

In 2018, the Australian Competition and Consumer Commission (ACCC) recommended tougher regulations around quad bikes, including a star safety rating system, following hundreds of deaths across Australia — particularly on farms.

Then in 2019, the federal government moved to introduce the new safety regulations, with the first stage coming into effect in October 2020 and the second in October 2021.

It is now illegal to sell a new or second-hand quad bike unless a rollover protection device is fitted. New quad bikes need to meet new stability guidelines and have rollover protection at the point of sale. They also need warning stickers about the degree of slope at which they overturn.

Honda, the market leader until this new regulation, decided to stop the ATV distribution in the country, while others, like Yamaha, Suzuki and Polaris, after having initially announced to step sales, have then decided to go ahead, but with a limited limited line-up.

The industry boomed last year during the first ten months and then dropped down. In the 2021 the registered quad sold in Australia will report a very significant fall – down 74% vs the 2020 -. 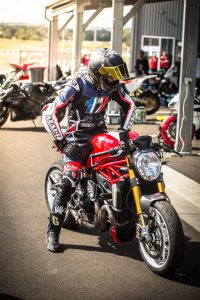 China 2021. Niu Tech Is The Fastest Growing In a Record Two-Wheeler Market