Thailand Motorcycles Market is far from the record hit over a decade ago. In the 2021 the motorcycles market recovered slowly with 2 and 3 wheeler sales at 1.58 million, up a mere 4.2%. Electric segment grew up 142%.

The motorcycles domestic market in Thailand is far from the highest level achieved over a decade ago and we see the decline of this sector strongly related with the growth of the car sector.

The increased purchased power allowed people to shift from the two up to the four wheels and the trend is apparently similar to those registered in other part of the World.

However, new environmental requirements would change the current demand. The loved pick up, for which Thailand is the global hub, have record CO2 emission and their conversion to electric will require time and will have product much higher, while electric motorcycles will not have a significant higher cost compared with similar ICE versions.

However, waiting for this next transaction, actually the market is still over 25% below the 2.1 million reported in the 2012.

Following the lowest peak in the last decade hit in the previous year, during the 2021 the motorcycles market recovered slowly with 2 and 3 wheeler sales at 1.58 million, up a mere 4.2%.

In the competitive arena, the market leader was again Honda with 1.2 million sales up 2.3%, far from the 1.5 million reached over a decade ago.

In fourth place the local manufacturer GPX, booming +104.3% while the other Japanese, Suzuki and Kawasaki have lost in double digit and several other manufacturers are struggling, including BMW (-14.7%), Harley–Davidson -12.9%, Ducati -60.4%.

The electric segment is still in the enphancy, with only 4k sold, although the growth was a significant +142.4% representing the base for the expected exponential development. In this segment the leader is not Honda, but the local venture Deco. 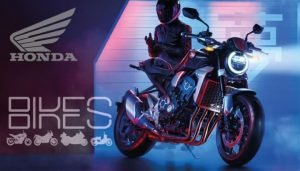 Vietnam 2021. Motorcycles Market Fell at Lowest out of 15 Years