Best Selling Motorcycles Brands Ranking in the World in 2021 report the lost of share by the leader, Honda, under the Chinese EVs manufacturers attach with Yadea landed in second place and Niu, the fastest growing brand worldwide (+72%) up in 10th place.

For the first time we decided to share the ranking of the Top 10 Brands in the World. Please be aware data includes only 2/3 wheeler in the scooter, underbone, moped and motorcycles category. This mean that Tuk Tuk are not included and ATV/RUV or kick scooter neither. In the the articles reporting on single brand, we include all categories. For instance, Bajaj Auto sales in this article are well below the total Bajaj sales, not having included the rickshaw.

In the first eleven months of 2021, the global motorcycles industry ramped up, following the volume lost in the previous year, while it is still below the pre-covid level. Our research team estimates that the record will be hit again next year. Anyhow, the industry pathway is seen up & up for the last 5 years in a row.

Looking at the performance in place by single manufacturer, it is clear that the trend is sharply different and correlated to many factors, like the exposure to winning or loser markets, the availability of EVs line up and the brand perceived value.

Said this, the Global market leader is – by far – Honda.

Not a surprise, of course. It is almost well known that the Japanese manufacturer dominates the industry with around one third of the industry in its hands.

Two are the key reasons behind Honda share lost. The first is the growth of Indian manufacturers in the period 2015-2019. The second is the boom of Chinese electric scooter manufacturers.

The second place in the global ranking is really a surprise. It is taken by the Chinese  Yadea, a revolutionary Chinese manufacturer, leader in the electric vehicles R&D and manufacturing. Thanks to the booming Chinese demand for EVs, fueled by government incentives, Yadea is fast growing reaching 5.8 million e-scooter sales year to date November (of course we do not include the e-bike which counts for a similar quota in Yadea total sales.) up 17.8%. 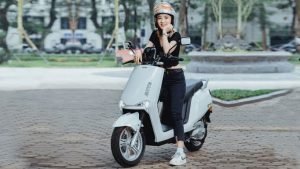 In third place the Indian Hero Motor with 4.5 million (-9.6%) penalized by the harsh time of the Indian market. 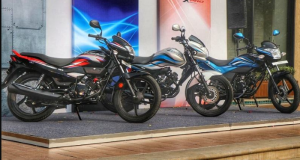 In seventh place there is the largest Chinese manufacturer of “traditional” motorcycles and scooter, Haojue, with 1.2 million (+25.5%). Please note we consider only the vehicles sold under their brand, while they produce for Suzuki other thousand motorcycles exported mainly in Europe.

For the very time and above any expectations, in ninth place there is the Mexican Italika with 0.9 million sales (+24%).

In ten place there is Niu Tech, the second global EVs specialist, with 0.9 million sales (in the full year we already reported their hit of 1 million). Booming 72%, Niu is the fastest growing brand among the Top 25 global manufacturers.