Colombian Motorcycles Market is running to hit the All Time record. The industry is sustained by the strong economy rebound and by the demand for individual mobility, while electrification is still very low. Year to Date October figures were 597.753, up 45.3% vs the 2020 and 31.3% vs the 2019.

Following the double-digit lost reported last year, the motorcycles is rapidly recovering in the 2021.

As far as the economy, dynamics seemingly improved further in Q3, with economic activity continuing to expand at a double-digit pace in annual terms in July–August, although the growth rate eased on average from Q2 amid a fading base effect. Moreover, a declining unemployment rate in Q3—September’s reading marked a 21-month low—and improving consumer sentiment will have supported household spending in the quarter, as suggested by healthy retail sales growth in the first two months of the period.

And the 2 and 3 Wheeler sector is taking all the benefit. After ending the first half with sales up a robust 56.7%, in the third quarter registrations improved a further 40.7%, one of the best y-o-y score in the World.

In October sales improved again, while a with a lower pace (due to the strong data in the previous year) of 9.6%.

This year the market is shocked by the landing of Benelli. Starting local operation in the 2020, the Italian/Chinese manufacturer jumped at 7.538 sales in the first ten months already acquiring over 10% market share.

In the pre-Covid19 era, the Colombian two-wheeler industry was really in a good shape and following the previous years growth have achieved the rule of second largest market in the continent, the first in the Spanish language area, becoming a relevant hub for the industry in the entire Latin America.

Unfortunately, the arrival of Covid19 have forced the government to shut down industrial and commercial activities during the entire year and the industry has reported in 2020 the first decline after three years of growth.

Although partially recovering during the second part of the year, annual sales have been 523.885, down 14.8%.

The ability to react was different, brand by brand. The key fact was the change in the leadership after over a decade, with Bajaj Auto slipped in second place.

Nearly 28 years later, Auteco receives for the first time completely knocked down (CKD) packages from Chakan plant of Bajaj and started to assembly in three lines models which become very popular in Colombia – Boxer, Pulsar and Platina – fueling the industry growth and rapidly becoming the first market outside India and the only one in the World where Bajaj is market leader.

Thanks to a price unrivalled price positioning, plus a deep network distribution and active marketing strategy, Auteco/Bajaj Auto created consolidated in the years a huge gap over all competitors. In the 2013, Bajaj Auto were over double than Yamaha, the second best seller.

However, the growth of Colombian market created high interest on several manufacturers and the competition become hard and hard, with Baja Auto losing market share any year. 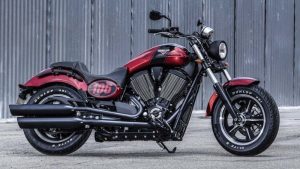 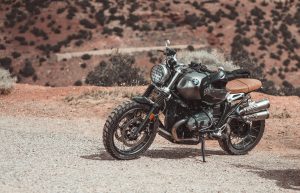