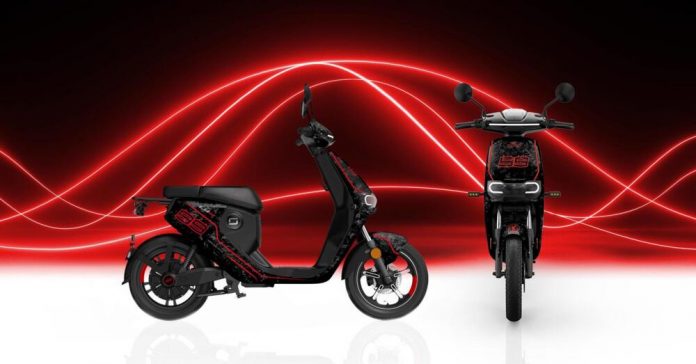 VMoto Global Sales are fast growing this year. After the first nine months of the year global sales exceeded the 23.000 units (+35.8%) already hitting the new record, projecting over 30.000 sales at the end of the year. This data do not include Chinese sales (under a different company, but with same line up).

Vmoto is a pure electric motorcycles and scooter manufacturer based in Perth (Australia) with production facilities in Nanjing (China) and a European distribution warehouse in Amsterdam (Ned), aiming to combine low cost Chinese manufacturing capabilities with European design in order to offer high performance and competitive products to international markets.

Vmoto has one of the widest global distribution networks of any electric scooter manufacturer in the world, being represented by more than 30 distributors in 29 countries in the geographic regions of Asia Pacific, Europe, North America, South America and South Africa and is actively working to expand it in the next months.

Vmoto operates through three primary brands: Vmoto, Super Soco and E-Tropolis (in Europe) and produce two electric café racer motorbikes and two electric scooter, the E-Max deputy for delivery service and the CUX, a compact low cost scooter. For each of these model there are different configuration to match single country rules and EV incentives.

Following a step by step growth reported in the last years, with a record volume hit in the 2020, first time over the 20.000 units, in the 2021 VMoto is accelerating.

After the first nine months of the year global sales exceeded the 23.000 units (+35.8%) already hitting the new record, projecting over 30.000 sales at the end of the year. This data do not include Chinese sales (under a different company, but with same line up).

Considering that around one third of sales are for the motorcycles models, VMoto actually is ahead of Zero, as the best seller manufacturer for EVs motorcycles.