Malaysia Motorcycles Market momentum braked down by covid19 shutdown. In June was have been near zero and as result the first half sales have been 263.451, up 40.5% from the correspondent period last year and 1.2% vs the 2019.

The Malaysian motorcycles market in 2020 was the most resilient in the region and in the first part of the 2021 has shown a huge increase – while the other regional countries were still struggling – well above expectations.

Unfortunately the countries entered in a prolonged shutdown between June and first part of August, with dramatic effects on dealer’s activities and on new vehicles registrations.

The market leader was again Yamaha with over 40% of market share, followed by Honda, Kawasaki and Modenas. 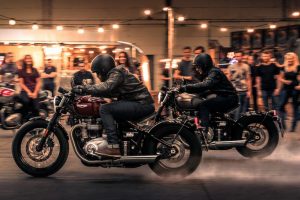 Despite ranking only 5th among the ASEAN region, the Malaysian market is one of the largest worldwide and in the 2020 ranked as 13th.

Following the negative period when, between the 2013 and the 2016, the market lost over 170.000 units, since the 2017 the industry was in a positive mood and according to data released by the Malaysian Association of Motorcycles Manufacturers, in the 2019 the domestic market was back at the 2013 level with sales at 546.813 units, up 15.9% from the previous year.

On the wings of the last three years growth, the 2020 started very positively with Jan-Feb sales up 22%, before to be hit by the Covid 19 effects, with sales declining for several months and recovering in the last part of the year.

The market is dominated by models local made or imported from Thailand/Indonesia. However, the arrival of several imported brands is relevant and the market is quite dynamic.

In any case, over 60% of the market is in the hands of the two biggest Japanese companies, with the peculiarity that the market leader is Yamaha, not Honda.

The other two Japanese – Suzuki and Kawasaki – are immediately behind, while a large group of Indian and Chinese manufacturers are fighting in the market.

Almost all premium brands are represented in the country, with KTM leader in this segment ahead of BMW, Harley Davidson and Triumph.