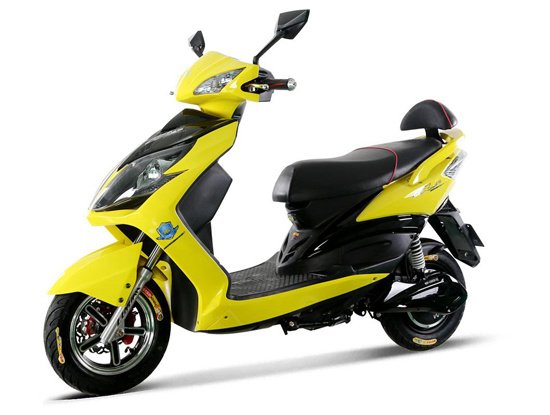 Luyuan is the pioneer of the Chinese electric motorcycles industry. Founded in a 15 square meters garage in the 1996 by Jihong Hu, a young woman, the company grew up to the leadership of the booming Chinese electric scooter market with the 7th plant near to be inaugurated expanding capacity to over 5 million.

In the western people minds, the idea of motorization in China has always been related to the bicycle. Chinese have not invented this devise, but used it more than any other people in the World. 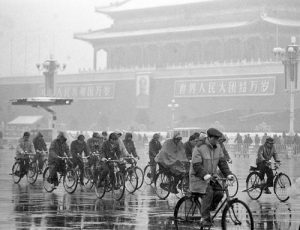 During the 1990’s, car culture began sweeping over China. In this 1998 photo you can see traffic signals and an increasing number of motor vehicles. But bicycles were still king in the “bicycle kingdom”. It wouldn’t be until the 2000’s that cars began to really overtake bicycles in China.

Living with a bicycles since early childhood, it sound natural to Jihong Hu, a young woman living in a district not far from Shanghai, to try to build a bicycle with an electric battery assistance. In was the 1996 and she started up this activity a 15m² garage, with a small group of other women.

In only 3 months she defined the design and refit of the first e-bike of a new brand, she called Luyuan, as the district where she lived. In 2002 Luyuan produced 47.500 e-bike, doubling the following year, when the first moped model was produced shifting progressively the focus on e-scooter.

Today the company is headquartered in Jinhua City, Luyuan District, Zhejiang Province, China. We had not been able to find news about Mrs. Jihong Hu, but the Company she found become one of the largest manufacturer of e-scooter in China and in the World.

Celebrating the first 25 years of life,  Luyuan has grown into a modern group company which contains 7 manufacture bases in Zhejiang, Shandong, Guangdong, Jiangsu, Fujian and one in Vietnam. It occupies an area of 1,330,000㎡ with a total production capacity of 6 million pcs e-vehicles (e-bike, light scooter, e-scooter and e-motorcycles).

On December 27, 2020, the construction site of Luyuan Electric vehicle production base was bustling in Guigang National Eco-Industrial Demonstration Park in Guangxi.  The smart factory covers an area of 172.000 square meters, with a planned investment of 400 million yuan. After the base is completed and put into operation, the annual capacity will reach 1.5 million units, with an output value of 3 billion yuan. The plan is to use this new capacity to expand sales into the ASEAN region.

In China there are over 11.000 dealers and while they export in more than 70 different countries and regions.

In 2020 Luyuan was awarded for the 3rd consecutive year of the recognition to be one of China’s top 100 most valuable brands image, authoritative and trustworthy.

France 2021. Fueled by EVs Motorcycles Industry Hit the Best in...