Motorcycles Industry is coming out with a fast speed from the global virus challenges while a new challenge is ahead, as global warming is speeding up above scientist expectations and the industry will be called to speed up all electrification process, with Chinese manufacturers taking the global leadership within few years.

In 2020, the global COVID-19 pandemic triggered one of the worst economic downturns in a generation, and the mobility industry was one of the most heavily affected sectors.

While the light vehicles industry crashed down, the motorcycles lost volumes in the 2020, due the inadequate reaction to the pandemic in few large markets (India, Indonesia, Philippines, Pakistan) while all richest markets in the World (US, China, Europe, Japan, Korea come out of crisis peak (in the second quarter 2020) with a renovated demand for individual mobility, perfectly represented by scooter, underbone, ATVs and Motorcycles.

Consequently a new pathway has been taken by the global motorcycles industry which is recovering in the 2021 starting a long term growth which projects the annual volume at 75 million units by 2026, 505 up the 2020 final score.

However, while the humankind is fighting against the virus globalization, any day is more evident as a new emergency is ahead: the climate changes.

Apart in the 2020, when humans were forced at home for a while, in any of the last 30 years the global environment deteriorated with scientists alerting people and governments to take immediate actions and the ancient regime lobbies playing against, with the former USA President able to delay for his entire mandate the global plan.

In these days, while vast areas of the earth are devastated by fires, typhons and alluvions the scientist community gives a new announcement: their former projections were too optimistic and the global warming is ahead the expectations: governments must act now or never.

Current global leaders are almost aware of the situation and in North America, China, Europe, Japan, Korea the governments are seriously approaching the subject, while few relevant countries (India, Brazil, Russia) are not.

In the next few months, we expect the introduction of more stringent task for the automotive industry, specifically for the motorcycles, towards the acceleration of the total replacement of the fossil combustion with the electricity, impacting not only the vehicles engines, but even the vehicles and component manufacturing, the recharges areas, the battery production and recycling, the recharging network and so on.

For our industry, the plans against the climate changes will represent a new revolution, forcing the manufacturers to change or die.

On this challenge, Chinese companies are in pole position and are projected to take the global leadership, overtaking within the next 10 years the current leaders – Japanese and Indians – which are too slow to react to the reality, while for different reasons.

Chinese government has taken a series of huge impacting actions towards electrifications and the effects are already huge.

Although Japan is the leader in the battery technology, the Japanese motorcycles manufacturers are delaying real investments on electrifications. Understandable, they have to replace the current production system – very profitable – with a new one actually with a negative margin. Honda has announced only one real EVs model (the U-Go, made in China) actually for Chinese distribution, to counteract the lost of volume in the booming Chinese EVs market. 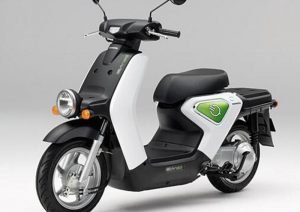 Indian manufacturers are too concentrated on themselves and on the huge domestic market, protected by the government to import. The Indian market is high-volumes, low tech, low MSRP prices, high profitable for domestic producers. All factors against the electrification process.

At the moment India is far from a concrete approach to electrification, but a massive electrification process cannot be postponed again. Probably after the next elections.