Indian Motorcycles Market struggles hit by covid19 effects on economy and on distribution and production. In the first half sales at 6.7 million, up 32.6% vs the 2020, while down a deep 37.4% vs the pre-covid figures in the 2019.

Data reported for India regards wholesales and not – as for all the other countries – registrations. The perimeter of data covered includes motorcycles, moped, scooter, and ATV, both on ICE and electric engines. In addition, data includes the commercial three wheeler, very popular in the country.

Motorcycles Market Trend in the 2021

Following the deepest fall ever reported in the 2020, Indian motorcycles market is expected to recover this year. However, the market struggles more than expected due to the covi19 effects on production and distribution and will remain well below the 2019 figures.

The United Nations has raised India’s growth forecast to 7.5 per cent for calendar year 2021, marking a 0.2 per cent increase from its projection in January, but said the country’s outlook for the year remains highly fragile.

The surging Covid-19 infections and inadequate vaccination progress in many countries threaten a broad-based recovery of the world economy, said the World Economic Situation and Prospects report.

It also projected India’s GDP to grow by 10.1 per cent in 2022. “India has been particularly affected by a brutal second wave which is overwhelming the public health system in large parts of the country.”

During the first quarter of this calendar year, monthly sales around 1.5 million were positive, with a +75% reported in March, due to the easy comparison with March last year.

However, the second quarter was really awful with sales sharply declining at a monthly rate around 1 million units, with the first half sales at 6.7 million, up 32.6% vs the 2020, while down a deep 37.4% vs the pre-covid figures in the 2019.

Motorcycles industry reported in 2020 the deepest lost ever 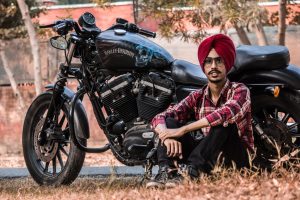