The German motorcycles market was expected to slow down the pace following the incredible run scored in the 2020 and indeed after that the first quarter was down compared with the previous year, the second quarter trend was not strong

The market usually operating with high dealer stock, was heavily pushed up in the Q4 2020 by self-registrations, related to the manufacturers push to register high volumes of euro4 models, no more sellable from January this year.

In the second quarter sales accelerated with a quite positive performance in June and the year is projected to be better than expected.

In 2020, the Motorcycles industry scored in Germany a memorable year

The trend of new motorcycles and scooter sales in Germany in 2020 was really impressive. The market did not suffer for Q2x shutdown as other countries, while since May the demand for new vehicles grew up above any expectations, even due to the new customers, approaching the two wheelers as perfect solution for individual and safety mobility.

However, the third quarter boom was correlated to the Stage 5 emission level due in January 2021, with European rules limiting at the 10% of last two years sales calculated for each specific model, the maximum number of sellable stage 4 vehicles in the 2021.

All European countries reported part of Q3 sales due to heavy discount on two wheelers in stock with several vehicles self-registered by dealers. In Germany, the country were usually the dealer stock is by far the highest in Europe, the need to self-register was huge with a spectacular sales performance in December.

The market outlook for next years is still positive, while in the next two quarters the market will have to sell out the bulk of self-registered vehicles and the Q1 2021 should be negative in double-digit. 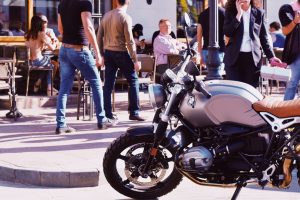