Gogoro Global Development has been heavily hit in the 2020, when the covid19 limited the achievement of international development. However, the near 30% drop reported in the first 11 months is mainly correlated to the lost in the domestic Taiwanese market.

Gogoro Global sales in 2020 are declining

While the manufacturer is proceeding slowly (if compared with the Chinese rival Niu) to create an international distribution network, the effect of reduced e-incentives in Taiwan is hitting the 2020 performance.

De facto, part of 2020 sales had been anticipated and the comparison year on year is hard and the 2020 will represent the first step back for Gogoro, while the main competitors, like Yadea and Niu hit new records.

Gogoro Global sales year to date November have been 89.777, down 29.5%. The fall is determined by the domestic sales in Taiwan (-36.5%). However, the international development plans reported a significant slow down in the year, probably correlated with the business slow down related to the pandemic environment.

Gogoro is available to share the technologic tools to Indonesian companies, recently started up but not yet advanced in the technology integration between the ev-scooter and the mobility apps and device. 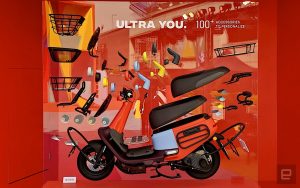 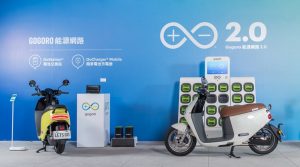 As of now, the total number of battery swaps made on the entire Gogoro Energy Network has reached 25 million. The reliability of this system has earned the trust of industry partners, which include Yamaha, Aeon, and PGO. These major vehicle brands have made the Gogoro Energy Network their core technology platform for their new e-scooters that are slated for release in 2019. As the three manufacturers separately develop their e-scooters, they will also continue to incorporate the electronic control system, the smart battery, and the battery-swapping mechanism first created by Gogoro.

Gogoro 2 Utility, the startup’s first e-scooter model for commercial applications, was launched in August last year. Around the same time, international logistics enterprise DHL also announced that its operation center in Taiwan will establish a “green logistics fleet” that will be connected to the Gogoro Energy Network. This move is expected to usher in a new era for low-carbon logistics solutions. In addition to having DHL sign up as its first B2B partner, Gogoro will also bid in the latest tender issued by Chunghwa Post. As a natural proponent for the phase-out of traditional fuel vehicles, the startup has set up a special project to create utility scooters that meet the requirements of the local mail delivery system. 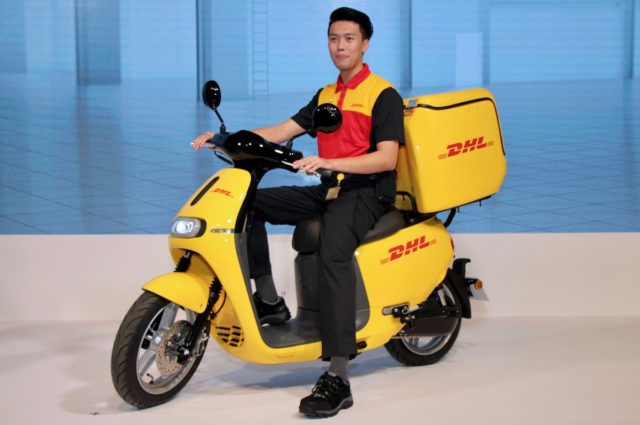 Yamaha Motor and Gogoro announced in September 2018 a new partnership to jointly develop the electric vehicle (EV) business in the Taiwan market. This collaboration relates to Gogoro’s development and manufacturing of electric scooters for Yamaha and sharing of the battery-swapping system, and signing a formal contract is anticipated this year. Yamaha will design Yamaha-branded electric scooters based on Gogoro production vehicles, with production handled by Gogoro. Sales of new Yamaha electric scooters in the Taiwanese market will be carried out through the sales channels of local subsidiary Yamaha Motor Taiwan.

The first model born from this partnership is the Yamaha EC-05 launched in Taiwan in July 2019 and priced at 99,800 New Taiwan dollars ($3,200), but the subsidy program, launched by the government  for EV buyers ahead of a ban on gasoline-powered vehicles in 2035, will enable people to purchase it for less than 70,000 NT dollars.