Brazilian Motorcycles Market keeps upside down trend. In November sales were 101.881 (+8.1%) reducing the annual gap. However, year to date figures at 858.000, are down a deep 15.2% from the correspondent period last year. Kawasaki is shining while Harley-Davidson & Suzuki struggle.

After GDP plunged at a record pace in Q2, the economy likely rebounded in Q3. Activity in the goods sector seemingly bounced back, with industrial production growing strongly in the quarter and retail sales climbing in July–August, bolstered by the emergency pandemic payments.

Moreover, the manufacturing PMI remained firmly in expansionary territory in Q3, while confidence in the industrial sector rebounded in September. Turning to Q4, incoming data paints a mixed picture. Both the manufacturing PMI and business confidence hit new record highs in October, boding well for investment. However, consumer sentiment turned more pessimistic in the same month, hinting that the recovery could be losing momentum.

In Brazil the automotive industry has been hardly hit by covid 19 spread, while the motorcycles sector trend is running  much better than the car sector.

In the second quarter sales felt down 61%, although the government limited lock down actions to “protect” the economy.. The market shown a recovery starting with July, with Q3 sales up 0.6%, before to show up and down in this fourth quarter, with October down 11% and November up 8%.

Looking at the categories’ performances in the first nine months, the Scooter +50 segment is falling in double-digit (-26,1%) as well as Motorcycles +50, down 22,8%.

In case of Brazil, recent month’s data confirmed a shy trend and the full year is projected at 926.000 units, down 15.7%, while the 2021 recovery is foreseen slow, although the pre-covid trend was almost positive.

However starting in the 2018 the market has approached a positive pathway, still in place, fueled by the growing internal demand. According to data released by the Brazilian Minister of Transportation, the total motorcycles, scooters and ATV sales in the 2019 have been 1.072.391,  up a robust 12.0%, the highest level in the last four years. 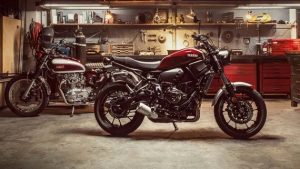