Spanish Motorcycles Industry decelerated in October, closing the month with 15.233 units sold (-14.6%) hit by the resurgence of covid 19 and by the restrictive measures progressively taken by the government.

Following four months of recovery, the Spanish Motorcycles Industry decelerated in October, closing the month with 15.233 units sold (-14.6%) hit by the resurgence of covid 19 and by the restrictive measures progressively taken by the government.

In the 2020 Spain is the largest market in Europe for electric vehicles.

In the first ten months, the market leader is the local producer Silence with sales up 62%. IMF Industrie reached the second place thanks to the E-PTIO, followed by EMCO, up a huge +257%.

In the Beyond Covid19 project, we are revising on monthly basis and sharing with our Clients the 2020-2025 motorcycles market outlook

Considering the current market environment, we have now reduced the next months outlook for the country, considering the growing measures to limit covid 19 spread will stop the market recovery. Sales should be negative for the entire Q4 2020, before to start a recovery in Q1 2021.

During the next year the industry will hit the best sales in the last decade and the positive trend will not be over before few years. 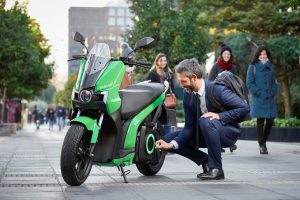 At the end of 2019, the Spanish market ranked third in Europe, after France, and Italy. one place ahead of Germany and Turkey.

At Global level the market was only 25th, ahead of Guatemala , Turkey and Paraguay and behind Germany, Democratic Republic of Congo and Kenya.

Following the 2008-2009 fall, in the recent years the market entered in a positive mood. Indeed, after having peaked down in the 2014 with a record low volume of 135.082, the market has progressively recovered in the last five years, ending the 2019 with 202.000 registrations.

In these years the market changed, with the sharp decline of the 50 cc models demand, the growth of above 50cc scooters, tricycles and quadricycles and the growth of motorbike sector, fueled not only by the traditional Spanish love for this products but also by a strong recovering economy, with growing spending power for leisure goods.