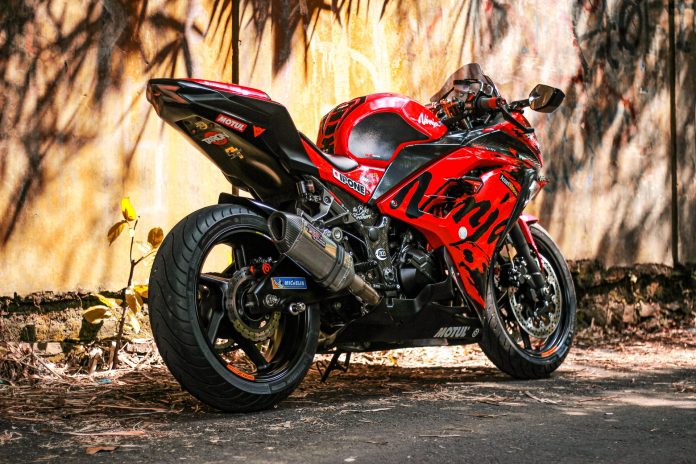 Indonesian Motorcycles sales dropped down a huge 41% in the first three quarters 2020, although initially the effect of covid 19 have been lower than in other countries. All top manufacturers have deeply lost compared with the previous year, apart Benelli which is growing thanks to a powerful line up.

The start of 2020 have been negative, following the steady recover shown in recent years, with January losing a deep 18% and steady score in February and March, with the first quarter sales at 1.58 million units reported a 6% fall from the correspondent period last year.

In the second quarter, the measures taken by the Government to protect from Covid19 have hugely impacted the industry with a delay compared with the rest of the World, in terms of virus spread and market fall, but with similar negative impact on the economy and on consumer goods demand.

Sales kept declining for the entire April – September period, with heavy lost in volumes compared with the previous year.

Year to date September sales have been just less than 3 million units, down a deep 40.9%. If the trend with not dramatically change in the Q4, the Indonesian market will be the worst worldwide this year!

The competitive environment is dominated by Japanese brands producing locally and controlling over 98% of the market. Their trend this year is in line with the market, with only Yamaha losing less than the industry.

However, imported motorcycles arrive from all continents with over 50 brands distributing in the country. Among them, Benelli is the only one shining, thanks to a powerful line up with 12 models and very aggressive pricing.

The market is dominated by Japanese brands, all producing both for local market and to export (mainly in ASEAN but even in other World’s regions, like South America).

In 2019, Honda gained 73% of market share followed by Yamaha at 21%. However, in recent years several new brands landed in the country from India, Europe and US and over 30 brands are imported in the country with sales progressively growing. This is not the case of MV Agusta, which has lost the importers in the 2017 for bankrupt and is looking for a new one.

A strong impact is having on the premium segment market the aggressive strategy put in place by KTM supported by the Indian partner (and 48% shareholder) Bajaj Auto. After entering the market in the 2016, the Austrian brand during the 2018 started to supply from the Bajaj Auto’s 100% owned subsidiary PT. Bajaj Indonesia, located in Chakan producing with a CKD system probably aiming to base in Indonesia a hub for the entire region.

At the moment KTM distributes in Indonesia a short line up including the KTM 200 Duke, 250 Duke and the 390 Duke, but increasing the line up the brand should further growth.

During the 2018 Indonesian International Motor Show it was announced the start-up of a new local venture, 100% with Indonesian resources, aiming to boost the electric-powered motorcycles segment. A local enterprise, the PT Wijaya Manufacturing plans to produce 60,000 electric-powered motorcycles in 2019. The company is a collaboration between state-owned enterprise Wijaya Karya Industri dan Konstruksi and private firm Gesits Technologies Indo. Actually Gesits is selling near 1.000 e-scooter per month.

Last year, the Director of Maritime Industry, Transportation Equipment and Defense Equipment Ministry of Industry (Kemenperin) Putu Juli Ardika, has defined two targets for the industry by the 2025: the achievement of 10 million production and 1 million export. The first target looks unrealistic without specific incentive support to the industry, while the second could be achieved, starting from the current level.

Thailand. Suzuki struggles in a market losing in double digit