Vietnam Motorcycles Market trend is worsening and August reported the deepest fall out of last 5 months (-15%) as the country is struggling to avoid covid 19 spread. In the first eight months 2020 sales declined 14% at 1.84 million and the next months outlook has been downgraded.

Although the local government has proved high ability on controlling the effects of covid 19 within the country, the motorcycles industry is suffering as few others this year.

The year on year trend differs from the most of other markets, considering the fall reporte in the Q2 was moderate (-29.5%) with total new two wheeler sales in the first half at 1.35 million units (-14.8%).

Honda is the best-seller, with year to date July sales at 1.35 million sales, followed by Yamaha with 295.000, while the new local brand, VinFast, producing only electric vehicles jumps in third place with over 42.000 sales.

As far as Vietnamese industry, the July performance was below expectations and in general the actions in place to counteract the covid19 spread are reducing our confidence on the market recovery.

Consequently full year 2020 outlook has been moderately downgraded at 3.1 million units, down 9% from the previous year. 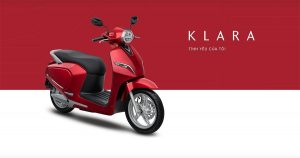 In no other economic and industrial sector Vietnam has achieved the relevance actually owned in the 2-Wheeler global industry.

Indeed, while the country is fast growing in several industries and gaining steps within the ASEAN region, in the motorcycles sector the market represents the 4th bigger market in the World, with over 3 million vehicles sold each year and manufacturer cluster involving Top Manufacturers, like the Japanese Honda, Suzuki and Yamaha, the Taiwanese SYM and the Italian Piaggio. They produce over 3 million units per year, mainly for the domestic market.

In the 2018 the market hit the best sales level in the last 8 years, while the all time record, hit in the 2011 at 4.4 million units stands untouchable.

In the 2018 the market scored the 4th increase a row, with 3.38 million sales (including both local producers and import) and was behind just to India, China and Indonesia, with a gap of near 1.4 million toward the first follower, The Philippines.

Thailand. Piaggio shines in a market losing in September again

Spain. Motorcycles market decelerated in September due to rapid covid 19...