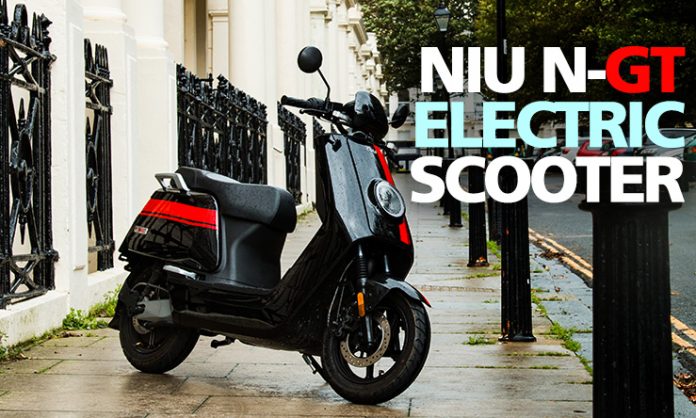 Niu Technology global sales keep running fast in the Q3 projecting the entire 2020 at the record of 620k, while the development of the international network proceed with an amazing speed. The manufacturer need to expand production facility next year to hit the 1 million units volume projected for the 2022.

Niu Tech sales dynamics are impressive this year although the activities have been heavily penalized n the first quarter for the February shut down in China, which forced the production to be halted for near 30 days, with delay on national and international shipments.

Starting from a Q1 39.4% decline, the Chinese EVs manufacturer is performing above any expectations and after posting a Q2 +76.2%  score, in the Q3 is keeping this pace.

In China, two wheeler market is in line to end the 2020 flat from the previous year, while the growth of electric scooter is outstanding, as we reported, with YTD July sales up 43%. However, Niu is the fastest growing brand in the country, with the first eight months sales up over 50%. Chinese sales counts 93% of the total.

The international operations are improving slowly in terms of sales volumes for mainly two reasons. The first is the delay in shipments from the Chinese plant, which is under pressure for domestic demand. The second is the fact that the network building is under process and the most of new brand-store opened in top US and European metropolitan areas, just started their activities and need a physiologic period to boost the activities. In Europe, many stores have already a wide portfolio, but are waiting for shipments. However, in recent months, their sales are up 50%, waiting for over doubling volume in the next year.

Moreover, the 2021 and 2022 projections are further better and the current plant capacity (750.000/year) could not be enough already from the second half 2021. It is not a case, that the company have made prepayment in May to acquire land use right of a new piece of land for future capacity expansion.

We foresee the 1 million sales volume achieved in the 2022.

Actually near 85% of Niu business is generated in China, which is by far the largest electric scooter market in the World.

In China, NIU has created a broad distribution network with 1.084 franchisee active at the end of second quarter 2020. The network is growing 5-8% each quarter while the current level already ensure a full coverage of the territory.

The speed of development of international activities is impressive with 35 international distribution agreements signed at the end on June 2020, covering 45 countries.

Niu already is the electric two wheeler manufacturer with the widest coverage in the World and is in pole position to take in full the advantage of EVs market projected boom. While the organization is still in the start up phase, first relevant signs of next success are represented by post-covid 19 results, with July 2020 sales outside of China at 2.802 units, up 56.1%.

Outside china, NIU gave priority to Europe where actually is opening corporate stores in all the major metropolitan areas, while a distribution agreement has been signed in all the 26 countries of the European Community.

Following the 2019 test, when near 1.000 scooter has been sold in New York with a rental partner, the development of US activities is running fast. In January 13 dealer agreements were in place in the following locations: San Diego, Portland, Seattle, Denver, Chicago, Atlanta, Philadelphia, New York, Vernon, Exeter. The plan is to have near 50 locations ready by the end of the year. In Canada the first dealer was in Montreal and operations started in Mexico and in other South American countries.

The sales across the World are growing fast in the 2020 while we can expect they will more than double just in the 2021, based on the network development in place.

The products line up

NQi Series
NQi series smart e-scooters consists of the NQi and NQi-GT models. The NQi series is built to be high-performance, well balanced, and with a minimalistic aesthetic. Its design language is modern and minimalistic. The NQi series is equipped with advanced powertrain consisting of the removable lithium-ion battery pack with our proprietary battery management system, the BOSCH motor or NIU motor, and the Niu Field Oriented Control, or the FOC, system that controls the electric motors.

MQi Series
MQi series smart e-scooters consists of the MQi, MQi+ and MQi-GT models. The MQi series is a cool and fresh looking smart e-scooter designed for young urban users. The MQi series is smaller and lighter than the NQi series and carries the NIU design language that puts a modern twist on the classic e-scooter design. The MQi series is designed to be ergonomic, bolstering natural and comfortable sitting posture and intuitive dashboard and switches layout. Unlike the NQi series, the MQi series is equipped with a lighter, single central shock absorber that reduces overall weight and gives the MQi series more agility when cruising through urban traffic.
UQi Series
UQi series smart e-scooters consists of the UQi, UQiM, UQi+, UQiS and UQi-GT models. The UQi series is smaller and lighter than the NQi-Series and MQi-Series and carries the same NIU design language. The UQi series is designed to be ultra-light and ultra-compact. In addition to the advanced technologies and features found on our NQi and MQi series, such as the Cloud ECU, the UQi Series includes additional comfort and anti-theft features such as keyless ignition.

Gova Series
Gova series is our line of products targeted at the mid-level e-scooter market, representing good value for money and high quality. The design language is differentiated from main e-scooter lines. Unlike NQi, MQi, and UQi series, the Gova series does not have smart functions as standard but instead offer them as options to achieve the compelling price range.

RQi Series
RQi series was launched  in January 2020. with the RQi-GT urban performance electric motorcycle, allowing riders to reach the outer limits of their city at a top speed of 160 kilometers per hour. Drivers can customize the vehicle to suit their daily life and commuting needs by choosing distinct driving modes. The electric motor with a peak output power of 30 kW and the two removable batteries make RQi the perfect mode of transportation for navigating both urban highways and congested city streets.

TQi Series
TQi series was launched in January 2020 with the TQi-GT self-balancing electric three-wheeler and supports autonomous driving functionalities. Designed to provide urban commuters with a superior way to enjoy their city, the TQi-GT has a top speed of 80 kilometers per hour a longer driving range of more than 100 kilometers per single charge. The vehicle’s enhanced performance and updated safety features provide drivers with a revolutionary way to navigate through congested city streets.

NIU Aero Series
NIU Aero series consists of professional mountain bicycles and road bicycles, as well as a new model of power assisted electric bicycle, the NIU Aero EUB-01. The mountain and road bicycles share similar design concepts with smart e-scooters, such as integration of aerodynamics and ergonomics and smart connectivity, and they were launched as part of NIU lifestyle product portfolio classified in the lifestyle accessories category. 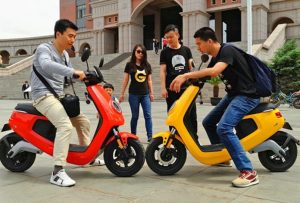