Taiwan Motorcycles Market reached a turning point in July, registering above the 80K threshold (+2,3%). The YTD July outcome is still falling in double-digit, however the Taiwanese government launched a new incentive plan to boost consumption.

New motorcycles and scooter registrations achieved the level of 81.069 units, leading to a positive trend level in July. Indeed, the market was poorly performing since March 2020, but it seams to have reached a turning point.

It is worth to say that printed vouchers have been launched by the Taiwanese government, aimed at stimulating consumption and boosting economic activities post-pandemic. As a result, the motorcycles industry partially showed the effect of this operation, growing by 2,3% during the seventh month of 2020. Nevertheless, Year to Date registrations are 491.272, down 14,3%.

Category-wise, 251-500 CC-Class was fast growing during the first seven months of the year. On the negative side, the Electrics are falling in double-digit since e-incentives contraction was put in place.

In 2019 the market experienced a massive increase in consumers’ demand, thanks to incentives and subsidies given by the Taiwanese Government.

However, in 2020 the market started losing terrain. Indeed, January sales went down 27.5% as a consequence of the reduced amount of incentives available for e-scooter, which pushed the Q4 2019 sky-high.

Despite February sales recorded a shy 1%, all the following months showed a negative trend. Except for March (-4%), April and May showed a double-digit loss.

The Taiwanese motorcycles industry has been highly affected by incentives schemas during the recent past years. The year 2020 started quite negatively because of subsidies reduction. January lost 27,5%, while February was up 1%. The following months were all on a negative trend, partially showing the effect of business activities shutdown.

In any case, Covid19 had not paralysed Taiwanese economy. Thus, the second half is expected to show signs of revival, leading the full year down 10%.

Taiwan is not even one of the top production hub for two-wheelers in the World, but in recent years grew up even as domestic market, gaining positions in the global motorcycles chessboard as market as well.

Indeed, following a series of growth, the market achieved the all-time record volume in the 2017, just a little step down the 1 million annual units. However, the introduction of a new scheme for the automotive industry which penalize the traditional combustion engines in favor of alternative fuels, changed the competitive scenario, reducing the market volume in the 2018, when sales have been 848.000.

Meantime, the fast development of electric scooter segment, driven by the astonishing rise of the recent start-up Gogoro, changed the competitive arena and the traditional brands, SYM, Kymco, Yamaha and Suzuki, are facing new consumer demand struggling under the Gogoro attack.

In 2019, according to data released by the Taiwanese Minister of Transportation & Logistic, the market has recovered and the change of subsidies scheme, reported above, has created huge demand for the year-end days, pushing the market at a record Q4 and allowing a good year-on-year +5.6%, with 895.387 sales, including ICE and EVs models, at the second best level ever.

Two Taiwanese brands, Kymco and SYM are among the top global scooter producers exporting all over the World and – of course – they play the rule of leaders in the home-base country.

Aiming to defend the market position while electric scooters grew up, Yamaha have accepted to find an agreement with Gogoro, to commercialize a new line up of scooters, produced in the local Gogoro plant. The first model fruit of this partnership was recently presented and is the Yamaha EC-5, was available for booking since August 1st, with deliveries in September. 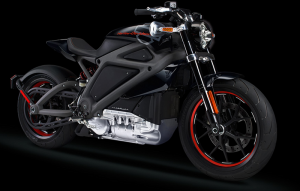 The Environmental Protection Agency ’s (EPA) draft electric vehicle subsidy has been released informing about a change in the subsidies policy for both cars and motorcycles, which a reduction of new vehicles purchase by 6.000 yuan (US$850)

From next year, the subsidy to purchase a new electric fueled motorcycles/scooter will be reduced from 10.000 yuan (US€1.427) to 7.000 yuan (US$1.000) and will be further reduced at 5.000 yuan in the 2021. This plan assumes that the strong incentives provided so far already helped the manufacturers to create scale economy in the production.

Indeed, an almost favorable legislation has limited the distribution of large size motorcycles and so far the market is dominated by local producers, with Yamaha and Suzuki producing in the country.