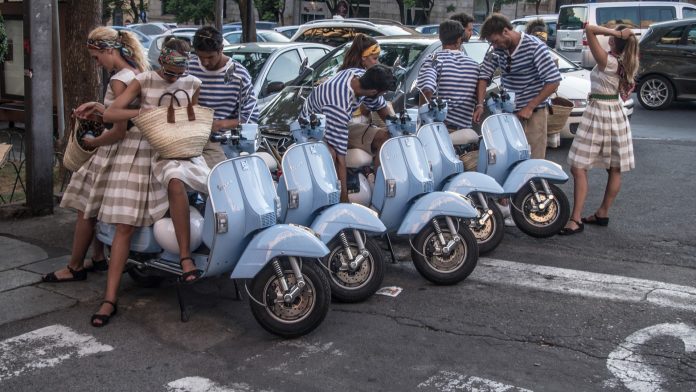 Italian Motorcycles Market fell down 97% in April due to Covi19 shut down, with all dealers closed. While activities are restarting, the projection for the year are awful with 2020 projected at 155.000 units, down 40%.

The Italian Motorcycles market was is a good momentum up to the end of February, with a first two months sales volume at 36.489 up 9.3% from the correspondent period last year. Just 10 days after, all dealers were shut down by the Government’ restrictions and within few days all the OEMs based in Italy have closed the plants.

We have develop a forecast for the day-after projecting the full 2020 market in a scenario which actually is the most likely, but not the only one. We foresee the re-start of commercial activities in the country starting from mid May and the return to the full activity by end of July. In this scenario the year will be really negative, despite we project a Q4 back in positive territory.

We are not expecting the Italian economy to collapse – while hardly suffering –  as the current Government is demonstrating a realistic approach and ability to react day after day at a completely new environment, having as second priority (after the citizens wellness) the economic activities sustain.

The consumer demand will recover gradually since June. The Motorcycles sector, will be hardly hit in the first half with sales down near 60% but will partially recover in the second, despite high cilinders segments will be more penalized then small engines.

According to data released by the Italian Minister of Transportations, the 2019 has been an almost positive year for the two-wheeler industry with full year sales at 260.353, up 5.0%, the fifth consecutive growth in a string, confirming the position as second largest market in Europe, after France.

The development of the electric segment is slower than in other European countries and in the 2019 sales have been only 5.250, up 26.6%.

The Italian market is dominated by four brands counting together over the half of the total.

Europe. In April Germany was the largest market in a region down 58%

Germany. In 2020 the motorcycles industry will lose in a single digit

Russia. Q1 2020 Motorcycles sales doubled while standing at one third of Ukraine

Ecuador. Year-end sales rush pulled the 2019 motorcycles market at the...

Spain. Motorcycles Market collapsed in March losing 45.9% as shut down...