European Electric Scooter and Motorcycles Market is actually in the third stage of development and the higher technology and smart mobility solutions applied concentrated the market in few manufacturers. Following the record sales hit in the 2019 with 61.629 registrations, the effects of Covid19 will dramatically increase the opportunity for this segment.

The terms “electric-scooter” is quite popular and searching on the web it is used all over the World referring to e-kick models, e-bicycles, electric moped. Indeed if you think at a Vespa-like vehicles, this should be the only to which refer using the term “scooter”.

Based on this huge confusion, the electric vehicles sold by brands like Lime or Segway has been considered among the scooters, while they represent a different mobility device, with the passenger standing up, with small size and little distance coverage and, least bu t not last, an affordable price, while “real” electric scooters price are over 10 times higher.

We follow scooter and motorcycles market and exclude from our data any e-kick models. 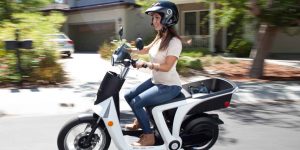 The market is still in its infancy and is not yet taking the potential in theory in place.

So far the development has been completely in the hands of start-ups, with big players, like Japanese, Koreans and European established brand, waiting before investing or producing e-models more to affirm their ability than with business purpose.

The first e-scooters were introduced in Europe over ten years ago, but today, the most of the pioneer brands are not more in the business. A first peak was achieved by the market in the 2012 with 19.000 sales at European level (EU28), representing 1.22% of continental two-wheeler market. But then the sales dropped down with only 11.150 sales two years later (0.87% of the total), before to start a second phase, almost with new players, new start-ups and new cash.

In these second phase the technology was a little more elaborated and the manufacturers were taking more under consideration the “reality” behind the dream to sell e-scooter working to improve the mileage coverage, to reduce the battery charging time and, over all, improve the product quality. In fact the limits of the first stage were mainly related to the low quality of the battery and purchase an e-scooter was usually an awful experience in terms of cost and a disaster when the device used to be broken within 24 months.

Meantime, the introduction of new regulations within Europe in terms of safety (ABS standard since 2017, Euro3 adoption since 2017 and others) changed the competitive scenario moving the product development across priorities which required more competences and less pioneering.

A third phase started in the 2017/18 when the market was approached even by non-European brands, landed in the Continent with a large experience base done in China (Niu, SuperSoco) or with a bright vision to the future (like Gogoro). Sales growth accelerated and the segment created a solid base in the 2019, achieving a record of 61.629 units, including 1.954 Motorbike (Zero Motorcycles for the most).

The market become more concentrated and few brands control the sales, with the top 5 manufacturers (Niu, Silence, Askoll, SuperSoco and Govecs) controlling 44.5% of the market. 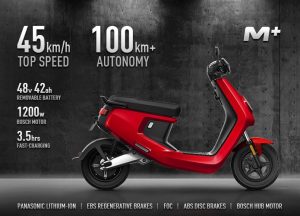 Willing to purchase data and or consulting on this subject, just contact us: